skip to main | skip to sidebar

Thank you for all you have done for us and our young people and I know you will continue to do.

You are truly are an inspiration and the young people love all the activities and problems you set up for them. They get so much out of it. We are indebted to you.

Be assured we will be working for a long time together into the future. 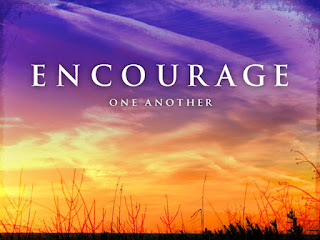 @BarmullochP #entrepreneurship with lots of smiles

It was our pleasure to visit the young people of Barmulloch Primary school and work with them teaching entrepreneurship and financial education.....must say the young people were a delight.

https://goo.gl/photos/hBRummurHYyoEtkMA
Posted by entrepreneur me

We believe that #entrepreneurship teaches so much, and not just business creation also #growthmindsets and never ever give up on your dream.


Primary 6 Enterprise Day '12 from MacT on Vimeo.
Posted by entrepreneur me

Andrew Denholm
Writing in The Herald
15/3/17

SCOTLAND’S attainment gap has no single cause and there will be no single solution.
It is easy to understand why the debate around improving the performance and prospects of children from Scotland’s poorest areas is often focused on our classrooms.
Education will, of course, help close the gap, but our teachers and schools will never close it on their own. That is because the gap is not caused by education but by poverty.
Schools can make a difference to the trajectory of a child’s life, but any intervention will be more powerful if it also addresses the complex causes of poverty.
This demands a partnership between educators, local authorities, charities, children, families and communities.
The Coalition of Care and Support Providers in Scotland, representing children’s charities, is right to emphasise the importance of partnership and planning.
Their #plan4children campaign is urging candidates in May’s council elections to work with them to plan and deliver the most effective children’s services founded on early intervention.
Services, whoever is providing them, need to be based on strong analysis of what works best.
We must ensure best evidence is drawn on, best practice adopted and best schemes extended.
The research is there, but how each service is actually delivered and how they join together is crucial. A project’s success or failure will often depend on how well connected it is to other services and that, in turn, depends on local authorities building strong, working relationships with charities.
The challenge for councils is to locate the charities delivering the most efficient, effective work and then work out how to roll it out as an extended partnership.
Charities often deliver a really good pilot project, but transition into the mainstream is more difficult, for the charity and the service.
Scotland’s child poverty strategy talks about pockets, prospects and places, that is maximising household income, increasing opportunities, and improving neighbourhoods, and it is founded on ensuring services are integrated at point of use.
The strategy has the big vision, but the challenge is how to translate that vision into reality. Sometimes it happens very well, sometimes it doesn’t.
Councils need to understand what charities are doing in the communities and how that links into schools and social services.
Barnardo’s ran a project called Threads in Renfrewshire, for example, encouraging parents to interact more with their children and use reading and writing in everyday life. That needs to happen more.
There are some real challenges to greater partnership at the moment. There is uncertainty around the future structure of local authorities, the future structure of our schools, and the future levels of funding.
Our charities also face uncertainty with services regularly put out to tender by councils and increasing competition.


One thing remains certain, however. No one thing will close the attainment gap, but the priority must be concerted and unified action to deliver proven and effective services.
Posted by entrepreneur me

Andrew Carnegie addressed an audience of graduates and told the newly qualified young people that they should watch out for the ones not able to attend such an institution...he said sometimes those that start at the bottom have the desire to reach the top....yes attitude matters. We are launching an initiative soon that see's the self employed go into schools and mentor young "Roberts"​ https://lnkd.in/gwcijbQ They will use our growth mindset materials to engage and equip those that need to know that despite where they have been or what they have done or what life has handed them, THEY ARE REMARKABLE with great potential. As always if you are interested in knowing more or better want to help then get in touch...Robert needs you. 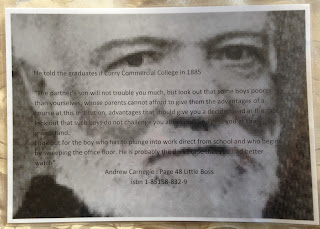 Lots of young people learning entrepreneurship this week, thinking about their futures and the impact they want to make, they have ideas and the motivation to make the world lots better. As one young man said "If you believe in yourself anything is possible" 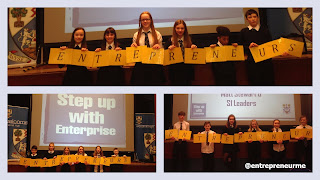 SCENARIO.....Helping Young Robert
Robert is in first year at secondary school. He has been identified as being a pupil who would benefit from taking part in the project by his secondary school teachers. His attendance is below 70% and his punctuality is also poor. He often arrives at school unkempt.

At school he skips certain classes and when he does attend he is mostly disengaged or he can be disruptive on the odd occasion.
However, his computing and his re teacher say that he is fully engaged and interested in their subjects although he does not do any homework and his written work is poor. He is articulate and can speak about his feelings and opinions. His oral work is good. He is good at sport but never brings kit to school which results in further grief for Robert.

Socially, he is quite awkward and does not have many friends. At school he hangs around mostly on his own. Although he qualifies for school meals he does not take up this offer. He never seems to have much money. According to school records he has not yet taken part in a single extracurricular activity.
His teachers report that he is very able but lacks engagement with the curriculum and the additional opportunities the school provides to make the progress he should.

Robert lives with his mum and her boyfriend. He has 3 siblings at home who attend primary school. One of the siblings is his full sister. The other two younger boys are the result of Robert’s mother’s relationship with her current boyfriend. His father is in prison for drugs offences. Robert stays with dad from time to time when his father is at liberty. Robert enjoys good relationships with his father. His younger sister does not see her father at all. Robert’s principal teacher of pupil support suspects, from information received, that robert’s father is dealing drugs from his home. Robert’s mum and his dad do not enjoy good relations since they separated.

Robert’s relationship with his mother has recently become increasingly strained. He has left home on numerous occasions to stay with his father or with his parental grandparents before returning back home. On several occasions he has been returned home by the police after he was found wandering the streets in the early hours of the morning. Robert does not like his mother’s boyfriend. He has little to do with his younger siblings. Neither robert’s mum nor her partner work. They both drink alcohol to harmful levels.

When he is at home Robert spends all of his time in his bedroom. He has a computer and a television in his bedroom. He does not take part in any communal or individual sports or physical activity.
Recently, Robert has returned home on two occasions under the influence of alcohol which has caused further friction at home. His mother has attempted to ground robert but he now simply ignores her and continues to come and go as he pleases.
Although his mother has never attended an information evening either at primary school or at secondary school she recently telephoned Robert’s guidance teacher in response to another letter sent by the school asking her to come in for a meeting to discuss robert’s progress and attendance. His mother failed to attend the meeting.
Posted by entrepreneur me